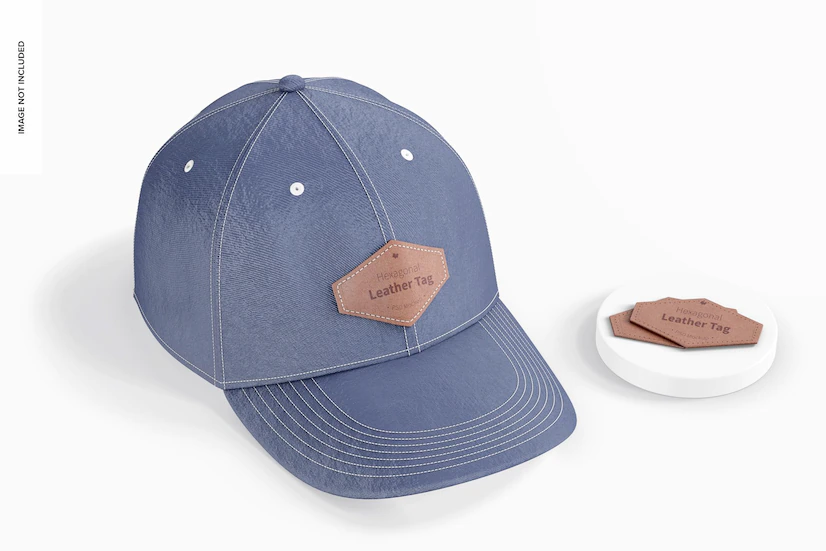 Hats are a popular accessory for men and women, for a good reason! They provide warmth in cold weather, protect you from the sun’s UV rays, and can add a touch of class to any outfit.

You can decorate an excellent hat in many ways: screen printing, embroidery, heat pressing, etc. But what about the patches on hats?

Patching is one of the most versatile decoration options. Patches make your hat look high-quality and professional.

Let’s find out when the trend of patches started and why it’s still so popular today!

What is the origin of a hat patch?

In some capacity, patches have been around for centuries. Hand-stitched ornate embroidery was used in the robes of clergy and royals.

The Industrial Revolution brought a change in garment production. But, it was the machinery that made this possible. The Merrow Sewing Machine Company was a pioneer in the development of hat patches. Technological advancements made it possible to produce higher-quality products. As a result, production became more efficient, uniform, and faster.

The government quickly realized the value of patches for identifying military divisions and ranks. On October 31, 1918, the U.S. military issued the first patch. It is also known as the Big Red One. It was the 1st Infantry Division’s arm patch. That made it possible to mass-produce emblems and logos that can be found on uniforms across all branches of the armed forces.

The growing popularity of organizations such as the Boy Scouts of America has prompted a rise in demand for embroidered fabric patches. These patches are often called scout patches.

A merrowed edge patch is known as the scout. Overlock stitching is another name for merrowed edges. Overlook stitching refers to the wrapping of thread around the patch’s fabric. That gives it a uniform stitch that prevents fraying.

The National Park Service has a rich history with scout patches. They are worn by park rangers and are a common souvenir for tourists visiting National Parks or State Parks.

You will find embroidered patches everywhere, from uniformed personnel to high-school letterman jackets.

Why are hat patches still so popular?

The hippie movement was when patches first entered the fashion industry in the 1960s. Young people from all walks adorned their jeans and denim jackets with flowers, peace signs, or protest patches. Before then, patches were only used to fix damaged clothing or for other purposes. They were now being used to make statements.

One reason patches on caps are becoming popular is that they can be used to support a team or organization or to show affiliation with a certain group or movement. Many different types of patches can be added to a hat, and they can be made from various materials.

Some people add patches to their hats because they love their look, while others use them as an easy way to show their support for a specific cause or movement. Whatever the reason, patches on casual and baseball hats are becoming increasingly popular.

Patches can show off your unique personality. And because hat styles vary, you can find a patch that fits your style perfectly. Plus, if you have more than one favorite team or band, you can mix and match different patches to show off your fandom.

Another reason patches are popular on hats is because they can add warmth and protection against the elements.

A good example of this is the Toronto Maple Leafs NHL team. Their hats are adorned with dozens of small, colorful maple leaves. It adds warmth and protection against the cold weather since hat designs have been shown to help keep people’s heads warm in winter temperatures by trapping body heat inside the hat.

Custom hat patches are used to provide brand placement and uniqueness. Trucker, dad, and baseball hats are some of the most popular hats with embroidered patchwork.

It is easy to customize embroidered patches on blank hats. It can be done in three ways: hot ironing, sewing, and glue. In terms of durability, each method is better than the last.

Let’s take a look at each method for applying custom embroidered hat patches below:

The glue method is the easiest of all three. Get glue or fabric glue from your local retailer. Then, apply glue to the backside of the embroidered patch. Put the custom hat patch on top and keep it there for at least 30 seconds. And it is done!

Adhesives such as glue and hot glue are only temporary solutions. The glue will weaken the fabric of your hat, causing it to rip eventually.

The process of ironing a patch is not difficult. This method takes longer and is more difficult than glue, but your patch will last longer.

The ironing method involves placing the patch on the hat and pressing it with a heated iron. This method, similar to glueing a piece of fabric to a hat, is not foolproof as the patch can come off if it is washed frequently.

Sewing is the best way to add custom patches to your hats. You can be sure that the sewing method will stand up to washings far better than any other. Hand sewing and sewing machine sewing are the two ways to sew a custom embroidered patch on a hat.

Hat patches have only recently become popular despite being around for a while. People like patch hats because of their unique style and feel and the personalized touch they provide. Patches on hats are great for adding a little personality to your look, and they also make a great way to show your support for your favorite team or organization.

Sumkcaps is a professional custom headwear

manufacturer and supplier  in headwear.

We have 30+ Years Oem&ODM experience;

Our mission is to give our customers on-time delivery, fast turnaround, consistent quality, and unparalleled service.  SuMkCap is a One-Stop-Shop wholesale supplier for premium headwear. We only offer B2B services to make sure our customers reach the highest satisfaction when doing business with us.

Ask For A Quick Quote

We will contact you within 1 working day, please pay attention to the email with the suffix “@sumkcaps.com”.

Get 10% Off First Order Now

We will contact you within 1 working day, please pay attention to the email with the suffix “@sumkcaps.com”.

Hello, Sumkcaps can custom caps and hats as your logo/ artwork, any cap inquiry, contact me directly: bruce@shenxiucaps.com  Or WhatsApp:008615100275381